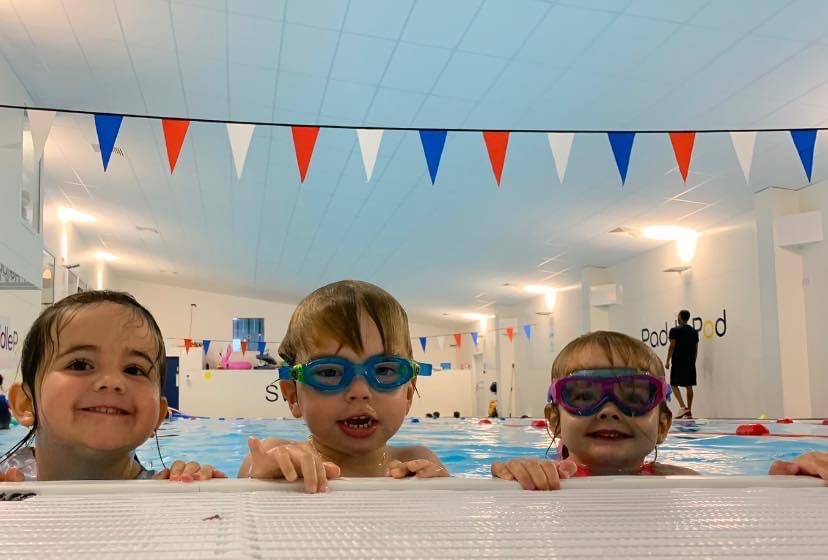 Emma works in the Nemo Swimming office and has been bringing her little girl, Evie, to lessons since she was just 11 weeks old.

When she was two, Evie experienced the water wobbles. She went from loving the water to crying the second her grown-ups pulled into the car park. It took time – and a lot of patience – to get through the phase but the water wobbles are now a distant memory for Evie who is now a confident and super-smiley swimmer once more.

“I started taking Evie swimming when she was really young – around 11 weeks. She loved it from the very beginning, and I loved the bonding time in the water with her.”

“Like most children, she has some weeks where she was less enthusiastic or cooperative than others, but swimming very quickly became the highlight of our weeks. We made some lovely friends in our classes, and it was always much more than a weekly lesson to us.”

“I remember one week, when Evie was around 21 months old, she was very teary and very clingy in her lesson. It wasn’t just a little cry, it was a real scream at one point and I felt awful as a parent.”

“It really affected me and I remember almost bursting into tears myself at the time.”

“The following week, Evie started crying as soon as we drove into the car park at Beacon Hill. My heart absolutely broke. Swimming had always been our special time together and I felt robbed – like somebody had snatched that away from us.”

“Week after week, Evie would cry. Non-stop, it felt like. Tracey, our instructor, was lovely and always did her best to reassure me and Evie. The other parents in the class were fantastic too – always there to provide a reassuring ear or, at times, a shoulder to cry on. It helped that some of their little ones were going through the wobbles at the same time.”

“Evie had been going through the wobbles for a good few months when we reached the summer holidays. Tracey told us to try taking Evie swimming as a family and to just enjoy some time splashing and playing together. We had a holiday coming up so we thought this would be the perfect opportunity to do this.”

“While on holiday, we took Evie’s lead. We let her do things that she enjoyed and wanted to do and you could see her confidence starting to grow. All of a sudden, she reached for her woggle and grabbed it. We helped her put it under her arms and held her hands as she kicked her legs and giggled.”

“It was like watching another child – I couldn’t believe it! She spent the rest of the week playing and having fun, and enjoying being independent in the pool.”

“Evie is nearly six now and absolutely loves swimming. It’s her favourite activity and I’m pretty sure she is part mermaid! She has dreams already of becoming a swimming teacher herself and I still struggle to believe that the child I see swim today is the same one that used to scream for help in her classes all those years ago!”

My advice to others going through the wobbles

“Everybody used to tell me that ‘it’s just a phase’ when Evie was going through the wobbles. It was hard to believe that at the time but they were right, and I am glad that we kept going. We gave her loads of praise and used to tell her that if she did this, that or the other, we could go to the park or to get an ice cream afterwards. Little steps but it all helped!”